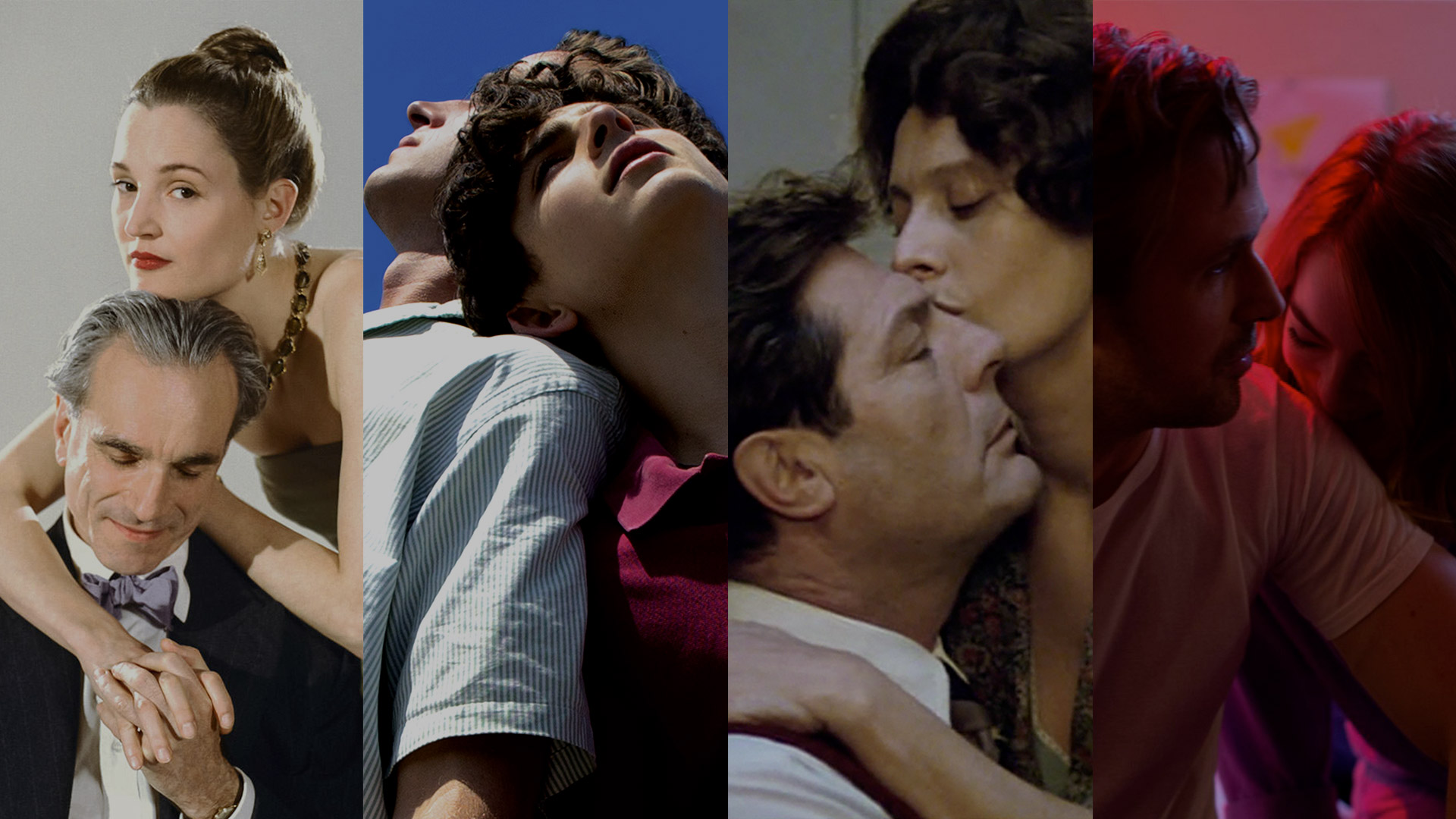 Four love stories that have made me dream

29 Jul Four love stories that have made me dream

Posted at 09:00h in Inspiration, Ispirazione by info@wavefilmakers.com 0 Comments

Today is a special day for me because… today is my birthday!
Every year, on July 29th, I think about everything that makes my life special and for 5 years Simone has been at the top of the list. With him I share many passions and the wonderful adventure that is WAVE, an experience that has made us grow a lot as artists, as persons and also as a couple. 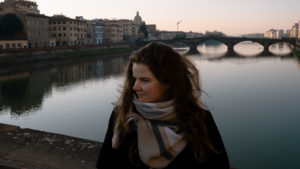 I like to see how love between two people is told in films and that’s how I got the idea to write this article.
It’s not always about stories with a happy ending, but that doesn’t mean they’re not worth knowing. In fact, there are many and powerful messages they convey.
Here are 4 love stories that struck me, touched me, and made me dream.
PS: there will be spoilers, watch out!

I’ll never forget what it felt like to leave the cinema after seeing this film. I was happy and ecstatic about the wonderful story of Sebastian and Mia. I liked everything about this film: colours, choreography, direction, photography, soundtrack, acting, history. Everything.
The protagonists chase their dreams with passion, growing together until they have to give up everything to reach them.
What we are offered is a setting that is very much reminiscent of the Hollywood of the 40s, where the musical depopulated. The atmosphere, characterized by very bright and saturated colours, gives us an idea of a “dream”, which is mainly linked to Mia’s character. On the contrary, Sebastian’s imagery is more “simple”, even the colours in his case are softer.
This contrast, along with many others, during the course of the film will make their story unique. 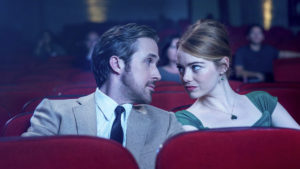 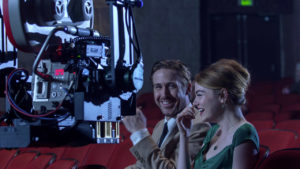 The story is about a stylist who dominates the fashion scene in post-war London and leads a very schematic and dedicated life. One day he meets Alma, the woman who becomes his inspiring companion and muse. Everything seems to flow peacefully until the reality of Alma clashes with the complex personality of Reynolds who does not tolerate any deviation from the perfect routine on which he sets his life.
This film fascinated me because it shows us in a spontaneous and terribly sincere way the evolution of the relationship that is created between these two charismatic people, who even become “sick”. 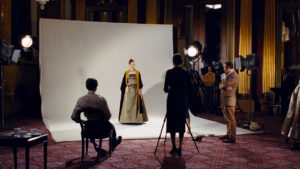 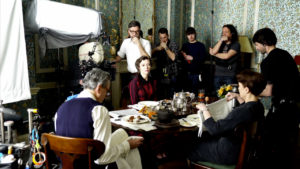 This is the oldest film on the list but the one I’ve seen most recently. In fact, I watched it during the quarantine period, a period that forced us to stay home to discourage the diffusion of Covid.
I think that watching this film at this particular moment gave it a greater impact, given the similarities of the situations in which the protagonists find themselves: at home, intent on living their unhappy everyday life, while creating a relationship of special affection that they would never have imagined.
The two protagonists, played by the magnificent Sophia Loren and Marcello Mastroianni, live in the same condominium, where they met alone on May 6, 1938, as all the other residents went to witness the meeting between Mussolini and Hitler.
Gabriele and Antonietta get to know each other and spend more and more hours together. With the passing of time they become more and more connected: she finds in him a man who finally gives her value, even if he is in love with another man, and Gabriele finds in Antonietta a glimmer of hope and a sense of life.
Both are aware that their relationship is not destined to last, but they will never forget the day that led them, even if for a short time, to take refuge in sincere affection and to appreciate each other.
Seeing such a unique and special relationship represented in such a wise way has moved me deeply. “A Special Day” is a film that makes the viewer reflect on different aspects of life, no matter what historical period you are in.
That’s why I would call it an “evergreen“. 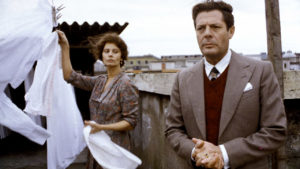 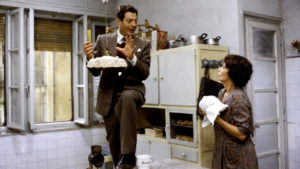 “Call me by your name”, Luca Guadagnino

Probably “Call me by your name” is my favorite movie on this list, a movie that will always have a special place in my heart.
The setting, the story and above all the intensity of the performance of the two main actors, and not only them, have bewitched me and made me fall deeply in love with this film.
What Guadagnino does in this film is to tell the birth of a powerful love story, free of classic clichés and stereotypes. A film that expresses a concept that goes far beyond the idea of love imposed by society, where first of all it is about two people who love each other. The director invites us to see and recognize love as universal.
The setting of the film made me feel at home, in a familiar, summery and carefree context. The characters are all lovers of culture and art, which makes the film, based on the novel by André Aciman, even more fascinating. It’s difficult to explain what makes this film special because it affects each viewer in a personal way. Wonderful. 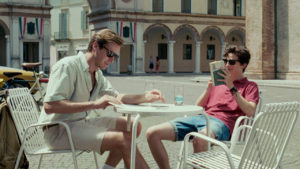 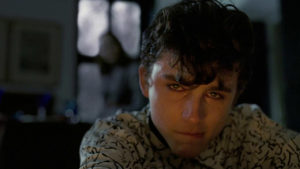 Here I am at the end of this article, probably unusual but that I wanted to write and share with you. The beauty of the work that Simone and I have chosen is that it allows us to get to know people and realities as special as those described in these films, if not more so. Meanwhile, another year begins for me and I can’t wait to know the next story.

This website uses cookies to improve your experience while you navigate through the website. Out of these, the cookies that are categorized as necessary are stored on your browser as they are essential for the working of basic functionalities of the website. We also use third-party cookies that help us analyze and understand how you use this website. These cookies will be stored in your browser only with your consent. You also have the option to opt-out of these cookies. But opting out of some of these cookies may affect your browsing experience.
Necessary Always Enabled

Any cookies that may not be particularly necessary for the website to function and is used specifically to collect user personal data via analytics, ads, other embedded contents are termed as non-necessary cookies. It is mandatory to procure user consent prior to running these cookies on your website.